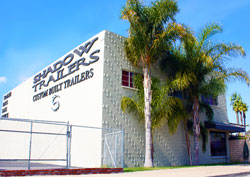 How Old is my ST Trailer Tire?

Age affects safety and reliability of all tires. ST trailer tires can be particularly badly affected. Slow turnover of inventory often leaves these tires on the shelf for far longer than is normally considered desirable. This means that just looking at the tread and wear on the tire might not help you determine how old it actually is.

There is, however, an easy answer. The DOT requires that all tires be marked with a tire identification number. This is in part to allow for tracking of potentially dangerous 'bad batches', but also gives an easy way to determine how old the tire is. This works for all tires, of course, not just ST tires. The number starts with 'DOT' and will be branded in part on one sidewall and in full on the other. The first four digits, however, have nothing to do with the age.

You will need to look at the full ST number. It will have DOT followed by four letters and numbers, then four letters, then either three or four numbers. If it only has three, then it was made before 2000...and you probably should look no further, as that is a very old tire. 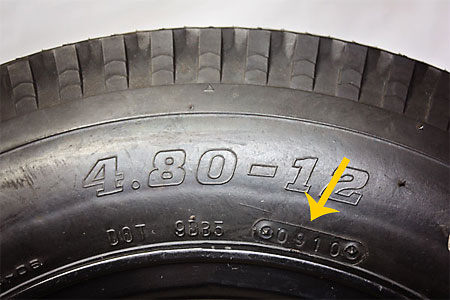 If it was made more recently than that, the last four numbers will look something like this: 4308. The last two numbers tell us the tire was made in 2008. The first two say that it was made in the 43rd week of 2008. Which would place it in autumn of 2008.

Once you know how to do it, reading the tire identification number is easy and will tell you exactly how old your trailer tire is, and whether it is time to replace it.